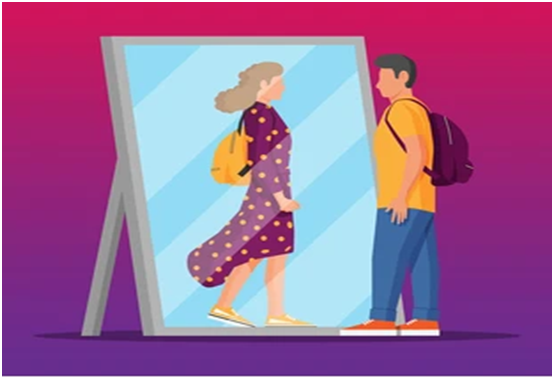 A woman has been left terrified by the actions of a creepy cyber-stalker who stole her photographs and personal details to set up a fake profile on Tinder.

The woman, a 28 year old from Milton Keynes who is named Faith, was horrified when the man’s actions first came to light.

At the time, she wasn’t even using dating apps and was happily settled in a relationship with her boyfriend.

It came as a shock then, when a friend contacted her and asked her why her photo was on Tinder and even more confusing was the fact that she had seemingly listed herself as a lesbian. Faith’s friend knew that she was not a lesbian so the profile caused alarm bells.

Faith said, “”My friend is lesbian and this profile flagged up in my name as a woman looking for women. She knew it couldn’t possibly be me and was immediately suspicious, so she started asking questions.”

Faith’s friend contacted the bogus Tinder user and asked some pertinent questions about Faith’s star sign and the name of her pets.

When the respondent answered correctly, the friend was worried – and so decided to delve a little deeper with some amateur detective work.

She managed to persuade the man to give a phone number and then immediately told Faith about what was happening.

Terrified, Faith called the number and challenged the man. When he realised who he was speaking to, he hung up and immediately deleted the account.

The most worrying part? Among others, the man had used one photograph of Faith which she had never published on any platform so it was possible he’d hacked into her phone.

Faith contacted Tinder, who she said gave her some good advice and she also reported the incident to the police who advised her to contact Action Fraud.

Action Fraud however said that they couldn’t do a thing. They said the only time the police can act on identity theft is when someone has stolen money or goods via a false profile or if they have caused actual physical harm to someone.

This isn’t the first incident of this nature and many more have occurred in recent years. The thought process behind such actions is a little more difficult to decipher but it’s thought that men who do this are simply looking to receive intimate photographs of people they catfish via their victim’s image.

Tinder is often called into question when it comes to the safety of its users. Aside from stories like this, even the founders aren’t coming up squeaky clean.

Take Justin Mateen and Sean Rad who along with Whitney Wolfe Herd were the original founders of the popular dating app.

Mateen and Rad were sued by Wolfe Herd amid allegations of sexual harassment and other abuse.

Rad didn’t come out too well as CEO of Tinder at the time – he’d encouraged a culture that had more in common with a frat than a professional company and even once Tinder had washed its hands of him, he was still being called out in the press for his dubious comments about dating, sexual preferences and the women who supposedly found him attractive.

Lying is never a good idea and certainly not when you’re the CEO of one of the biggest dating apps in the world!