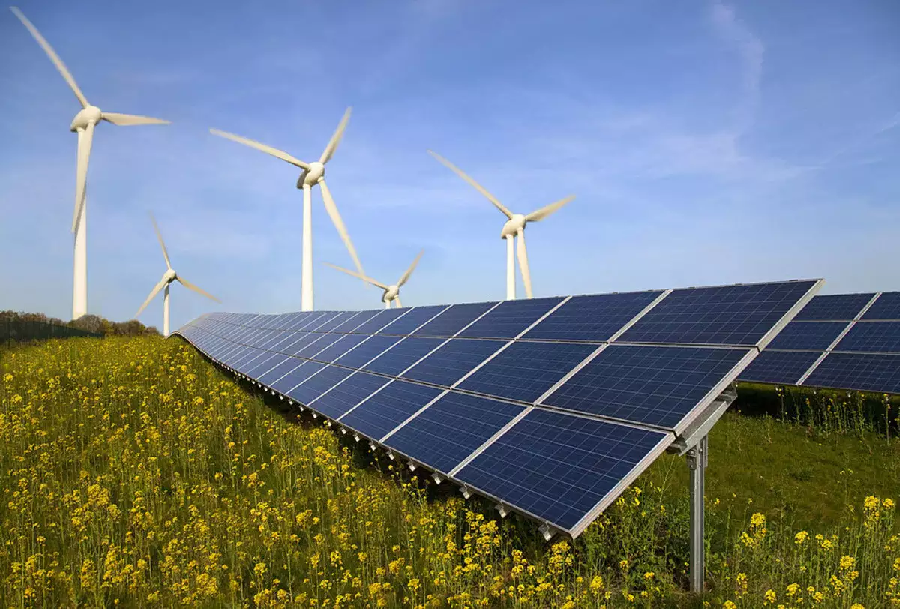 In 1931, Thomas Edison said that he’d put his money on the sun and solar power. “What a source of power!” he said. He hoped that mankind wouldn’t wait to implement this idea until the fuels ran out. It seems like he was right.

Industries have extracted fossil fuels for centuries. Now that they know it’s limited, they’re shifting to renewable energy sources. Renewable energy is now the talk of the town for generating electricity.

As governments grow serious about sustainability, industries around the world have to follow them. Here are the renewable energy sources that they’re investing in:

Geothermal energy: Earth’s core is as hot as the sun. Geothermal energy makes use of the hot water just beneath the ground. It uses steam formed by molten rock. Places like Iceland, where there are many volcanoes and hot springs, use geothermal energy as the number source of energy.

Hydropower: As the name suggests, this is the energy generated from running water. Dams convert this energy into electricity. The Itaipu dam in Brazil is the biggest generator of hydroelectricity in the world.

Solar: Solar energy is being used for commercial use and at homes. It’s the most popular source of renewable energy that is easy to put into use. Since the demand for solar is so high, panels are becoming less expensive and more efficient. Small panels can be used in street lights that store sunlight in the day and glow brightly at night.

Wind: Windmills are capable of providing the cheapest and cleanest form of energy. If one lives in a windy location, he can make use of this source. In some places, wind energy is cheaper than fossil fuels.

Pavegen: Pavegen is a company that creates sidewalk titles capable of converting the pedestal energy into electricity. How they do that is still a secret. But one has to say that this invention is very cool. Titles are made from recycled automobile tires. When they are stepped on, they suppress by 0.2 inches and induce the transfuser to generate power.

Icewind: Public spaces like streets, railway stations, or bus stops require a lot of electrical energy for lighting. They can be quite expensive for the government. The company Icewind has created a wind energy converter that rotates at around 2 miles/second when the wind blows. It converts the energy into electricity. It’s made from light and durable carbon fiber that helps it stay strong among strong wind gushes.

Bladeless Wind Generators: You can’t ignore the fact that windmills can be dangerous to people if they suffer faults. That’s why they are installed for off in isolated places where there are no people. Bladeless wind generators come as a solution. They are like pillars without blades that store and convert wind energy into electrical energy. A single 492 feet (0.15 km) high generator can drive up to one megawatt of electricity.

Cape Sharp Tidal: Canada is surrounded by oceans on all sides. The average power capacity of a Canadian wave was calculated to generate up to 37,000 megawatts per hour. If this energy s converted to electrical energy, it supports the electricity needs of 55% of the Canadian population. This project has been operating in Canada for quite some time now, and it shows fruitful results.

The Future of Fossil Fuels

“Why are we taking carbon from the ground and putting it onto our atmosphere. This is the dumbest experiment in human history,” said Elon Musk in his podcast with Joe Rogan. He firmly believes that we’re going to run out of oil very soon in the future. Therefore, electric cars have come as an excellent substitute for petrol.

But if someone comes up and says that oil can be substituted altogether, he’ll be terribly wrong. Oil will remain the top competitor of the world energy blend for many decades. The demand for oil on a global level is still 96.2 million barrels per day. Bringing that down in a few years is not a piece of cake.

According to popular estimation, if companies could replace fossil fuel cars with electric ones today, it would still take 25 years to remove them completely. You might think that you need oil only for vehicles, but that’s not the case.

Most of the things that use daily depend on crude oil. These surprisingly include bedding, carpets, curtains, and sweaters. In addition, companies use oil to manufacture cameras, detergents, golf balls, packaging material, pesticides, pipes, and many more. The complete shift to renewable energy seems like a struggle against the odds. But the revolution has begun, so we can all be hopeful.

Meta title:How Companies Around the World Are Using Renewable Energy
meta desc: It has been a long time since industries first extracted fossil fuels for manufacture and transport. But now, they invest in other forms of energy as well. Let’s understand how they’re making the shift.